The Scottish Government can take decisive action against UCG and fracking in Fife and we know that from community groups, to national environmental organisations, to Fife Council there is support for an outright ban. END_OF_DOCUMENT_TOKEN_TO_BE_REPLACED

Today I was pleased to welcome workers and trade union representatives from BiFab to meet with MSPs from all parties to discuss the future of the yard. 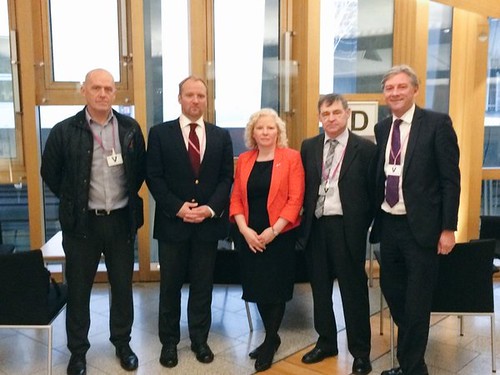 Previously I have raised and discussed with the Government fears over the yards future as it competes for contracts. It is vital that we all work together to secure the future of the yards and workforce in Methil, Burntisland and Arnish. 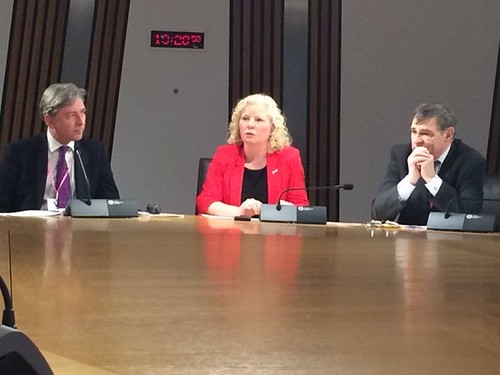 I was pleased to welcome Richard Leonard, Michael Sullivan, Alan Ritchie and Gary Smith from GMB and Bob McGregor from Unite to hear workers concerns. 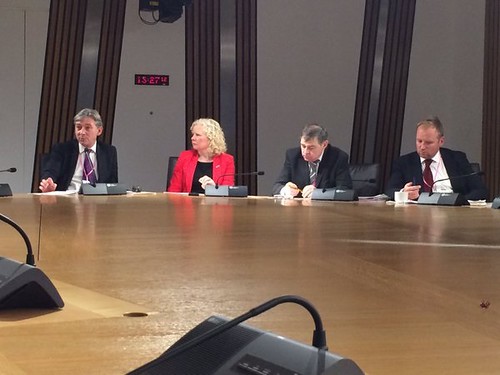 On Thursday the Energy Minister delivered a statement on the future of Longannet Power Station in the Scottish Parliament.

Following the statement I was able to ask a question about the future of the site and warn about the impact of further job losses to the local economy, particularly on the back of the recent announcement of redundancies at Havelock Europa.

I will be raising the job losses at Havelock Europa on Wednesday during Finance Question.

In the meantime you can watch the statement on the video below. The statement starts 46 mins 30 seconds into the video and my question starts at 1 hour 12 minutes and 50 seconds.

You can also read my question here.

The news confirming that Samsung are pulling out of Methil is another massive blow to the local Levenmouth economy and to the future of Fife Energy Park. Samsung’s pullout takes with them the promise of 500 jobs made by former First Minister Alex Salmond and follows fears of potential job losses at Burntisland Fabrications, (BiFab).On Monday (6th July) the Scottish Government will be visiting Fife to hold a cabinet meeting and I have called for them to visit Fife Energy Park during their trip and respond to concerns of the workforce over the park’s future.
Announcing the trip, the First Minister said these visits were the opportunity for the Scottish Government to learn about the important issues affecting locals. If the First Minister is serious about listening to concerns of locals then she will agree to visit the park, less than 30 minutes away. END_OF_DOCUMENT_TOKEN_TO_BE_REPLACED

I have called for the Scottish Government to bring forward their proposed consultation on unconventional gas and fracking. The current delay is leaving the people of Fife and Mid Scotland voiceless as plans for underground coal gasification (UCG) continue in the area.

In January, following pressure from campaigners, the Scottish Government announced that it was bringing forward a moratorium on granting future consents on unconventional oil and gas developments in Scotland. At the same time they announced plans to hold a public consultation.

However we are 5 months on and a consultation has still to be published. Meanwhile proposals for UCG are continuing and people across Mid Scotland and Fife are not being given the opportunity they need to voice their concerns. END_OF_DOCUMENT_TOKEN_TO_BE_REPLACED

It’s time for a frack free Fife and that is why I am backing calls from Scottish Labour for a triple lock system to guard against fracking in Scotland.

Under plans announced by Jim Murphy, Scottish Labour will use the new powers from the Smith Commission to stop fracking in Scotland. This move would stop Fife being a “test bed” for the controversial process.

I have long been campaigning both in Fife and the Scottish Parliament for the Scottish Government to take action against fracking. I have called for robust national guidelines and the introduction of buffer zones.

I’ve always been clear though that this was only the start as the decision on fracking in Scotland rests ultimately with the Scottish Government and should take into account the concerns of locals. END_OF_DOCUMENT_TOKEN_TO_BE_REPLACED 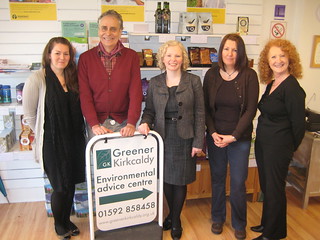 END_OF_DOCUMENT_TOKEN_TO_BE_REPLACED

Yesterday in Parliament I called for the Scottish Government to use its Climate Change Fund to help low income households tackle fuel poverty and address climate change targets.

During General Questions I asked the Minister for the Environment what meetings had taken place between the Minister and his Housing counterpart to discuss measures to tackle fuel poverty. END_OF_DOCUMENT_TOKEN_TO_BE_REPLACED

I’ve called on the Scottish National Party to support the Labour Party’s pledge to freeze energy prices for two years if elected as we work towards regulating the energy market.

I’ve made the request after the pledge made by Ed Miliband was described as “completely unworkable” by Scottish Government’s energy minister Fergus Ewing. Mr Ewing was responding to a question raised by my colleague Iain Gray MSP who had asked the Scottish Government if the SNP would match our commitment in a separate Scotland. END_OF_DOCUMENT_TOKEN_TO_BE_REPLACED