Despite the election result I am still committed to pushing for its reintroduction due to the clear benefits it would bring to the area.

The Levenmouth rail campaign group has led the way in securing backing of locals and Fife Council. Gaining the support of the Scottish Government will be a major step forward.

It is disappointing that so far this backing has failed to materialise and that a clear commitment wasn’t given by the SNP leadership in the lead up to the Scottish Parliament election.

Although the SNP manifesto pledged support for 15 different rail projects it did not mention the Levenmouth rail link.

However, with a new Transport Minister in place I am hopeful that he will see the clear benefits and the financial case for reintroduction of the rail link.

That is why I have written to Mr Yousaf to request a meeting with him and his officials. Everyone who wants to see the rail link delivered now has the opportunity to make sure the project is one of the top priorities in the new Minister’s in-tray. 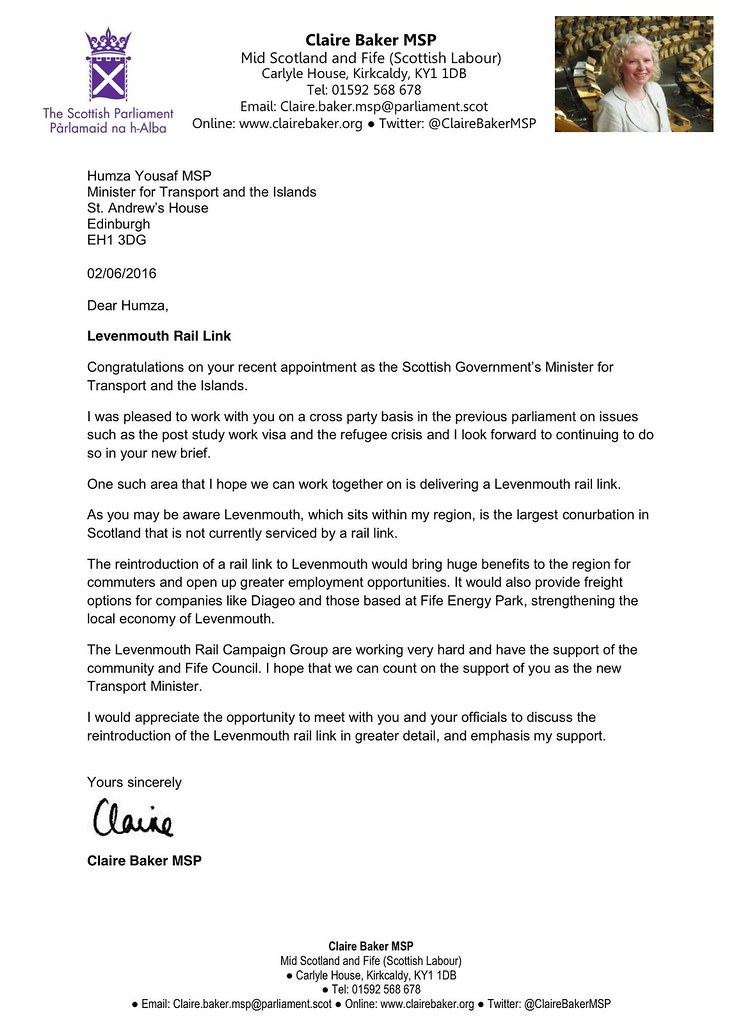