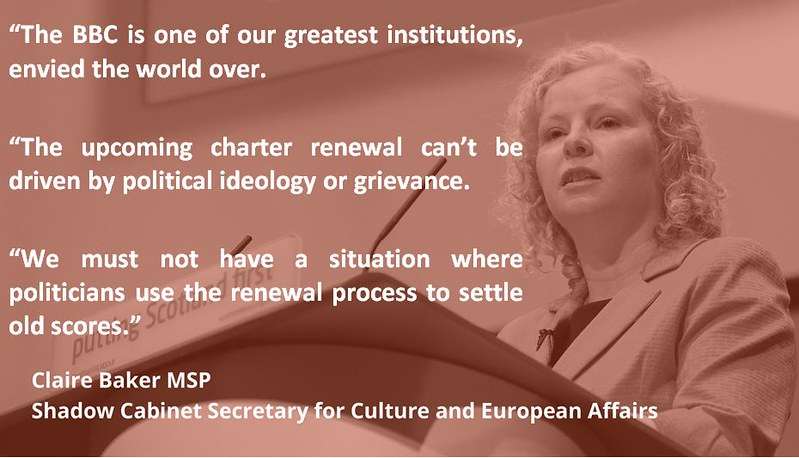 With the Scottish Parliament having a role to play in charter renewal for the first time, it is vital the public have a clear and loud voice in the whole process.

This is an important charter for the BBC as it looks to adapt to the challenges and opportunities that new technology and changing viewing habits bring. We need to make sure that these arguments are being made with the public in mind.

We must not have a situation where politicians use the renewal process to settle old scores. The public will not forgive them if they did.