Yesterday in Parliament I raised my opposition to the Conservative Government’s Trade Union bill which is currently making its way through the UK Parliament.

This bill is a draconian piece of legislation designed to attack the rights of workers that we have battled so hard for throughout the years.

Council Leaders from across Scotland, including the leader of Fife Council, David Ross, have come out against the bill and its potential impact on council workers.

Only last weekend I was out in Kirkcaldy gaining support for a petition against the bill. It is clear that there is a real strength of feeling that what the Tories are doing is wrong and must be stopped. 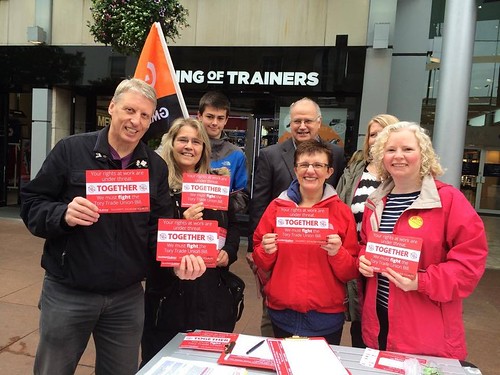 I know many people in the Scottish Parliament want to have a say on the bill and members in opposition parties, including the Cabinet Secretary, oppose it. I hope the Scottish Government is prepared to work with others in resisting its implementation if the Tories force it through at Westminster.

I also pressed the Scottish Government on what guidance will be issued to public sector workers, including those working in NHS boards and for local authorities, to ensure their rights are maintained.

You can watch a video of the question below, it starts at 9 minutes, or read the transcript here.