As the campaign continues to reinstate the Levenmouth Rail Link I was delighted to meet with those involved in my office in Kirkcaldy.

Since I was elected as an MSP in 2007 I have been campaigning on the issue and I have previously held debates in the Scottish Parliament calling for its reintroduction.

Levenmouth is still one of the largest urban areas in Scotland not to be serviced by a working rail link. This is despite much of the tracks still intact. 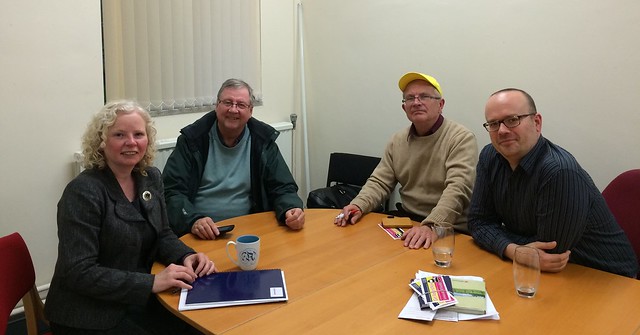 Following the recent opening of Borders railway, Levenmouth Rail Link should be the Scottish Government’s and Transport Scotland’s next railway priority.

Last month during General Questions in the Scottish Parliament I called for the Scottish Government to commit to the rail link. You can watch a video of the question time below, my question is at 9 minutes.