Following my letter to the Managing Director of Scotrail it has been confirmed to me that the number of coaches used during peak time in Fife has been reduced.

Last month I wrote to the Managing Director, Phil Verster, to raise the many concerns that had been brought to my attention regarding the peak train running with a reduction of coaches.

These complaints cantered around the 0709 service from Dundee to Edinburgh which calls at all stations via Burntisland and Dalgety Bay. This service was due to run with 6 coaches however ScotRail has now admitted that it will now only run with 4 coaches and has several times run with as few as 2 or 3. 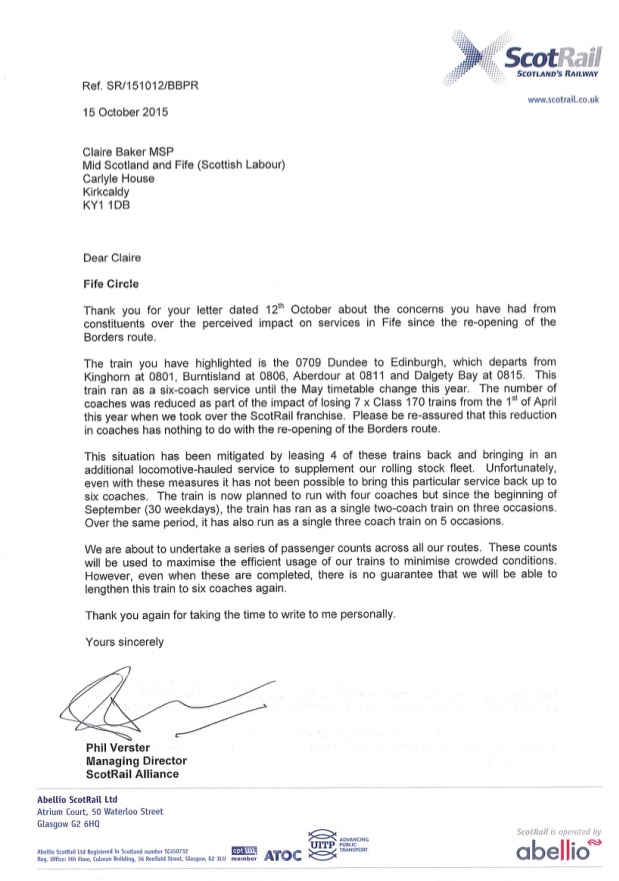 I am disappointed with this response as it is unlikely that the service will revert back to being 6 coaches. This reduction fails to meet the demand on a line that is a key route for the many people in Fife who work in Edinburgh. It is unacceptable that people should be expected to travel in uncomfortable conditions.

I will be continuing to campaign Scotrail to have the service reinstated to the full 6 coaches. 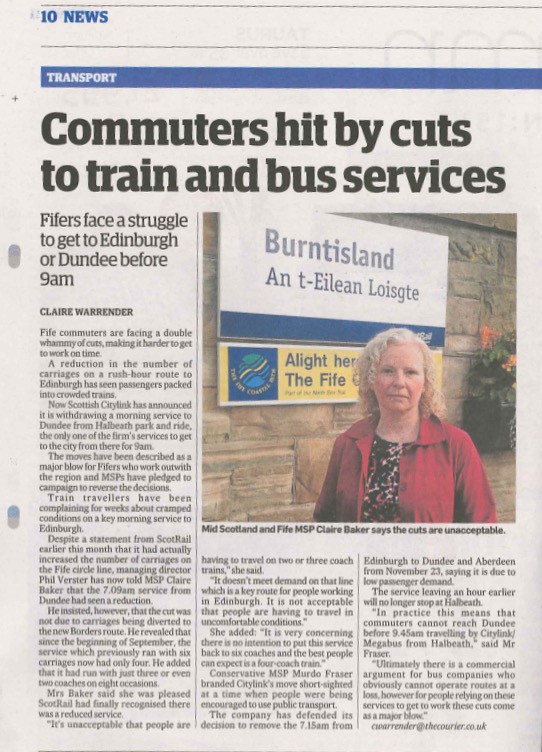