Following last week’s protest outside Fife House against the Conservative Government’s Trade Union Bill I was delighted to join colleagues in voting against the Bill in Parliament.

The Bill, introduced by the Conservative Government, is an attack on workers’ rights and weakens local democracy. I am pleased the Fife Council have spoken out against the Bill and I hope that Scottish Parliament’s vote will put more pressure on the UK Government. 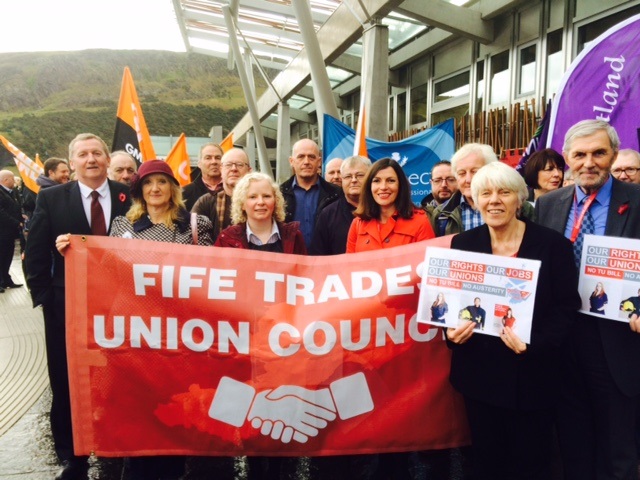 Before the debate I was pleased to join local and national trade unions – including a delegation from Fife – in protesting against the Bill outside the Scottish Parliament.

Scottish Labour is proud to stand against this ideological attack from the Tories on working people and I hope you can join us.

You can watch the full debate below or read the official report here.