You can view my draft proposal and consultation on the Scottish Parliament website: http://www.parliament.scot/parliamentarybusin…/…/110169.aspx

“My wee brother, Michael Adamson, died in an entirely preventable electrocution at work.  His employer company was referred to as ‘the invisible man’ sitting in the dock and it was that invisible man which was convicted of health and safety offences in relation to his death.  This provided my family with very little in the way of justice.  And our hearts continue to break all too regularly when we hear of the far too many loved ones in Scotland who have left home for work, never to return.

“This Bill would not only plug the justice deficit faced by families such as mine, but would importantly serve as a deterrent to those who treat health and safety as a burden on business or a tiresome impediment to getting a job done.

“Those who bear the real burden are those left behind, who currently are left to feel that we have failed our loved ones, because the justice system has failed us.

“As a nation we must be seen to care that far too many people still lose their lives to work-related incidents, put aside party politics, and get behind this Bill which is about justice, prevention and family.” 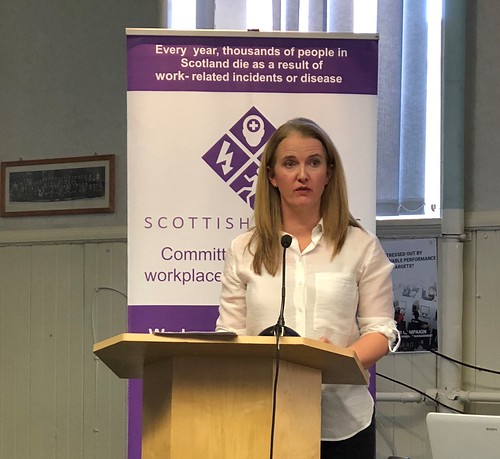 “It is a fundamental principle that the law should apply equally to all.

“That principle has never been reflected in the law of culpable homicide particularly as it applies to companies and organisations.

“We need a clear set of rules that define when both individuals and organisations are guilty of this very serious offence.  The rules must put organisational and individual wrongdoers on the same footing before the courts.

“This is exactly what Claire Baker’s Consultation proposes and she should be thanked for taking this very important issue forward.  If the proposal finds its way on to the statute book the prospects of every victim of homicide achieving justice will be improved.” 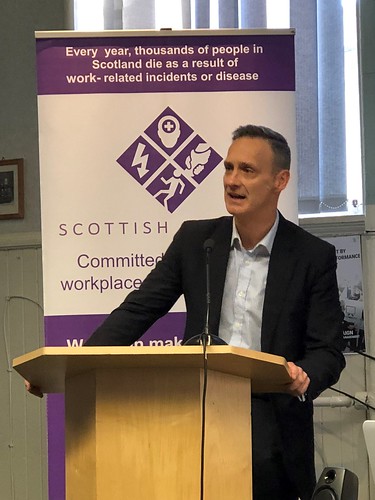 “Scottish Hazards is fully supportive of the proposals put forward by Claire Baker MSP to amend our law of Culpable Homicide.

“Current legislation is failing bereaved families, involuntary deaths should be investigated in the same way, and under the same law regardless of where they happen, in our communities or in the work environment.

“We are sure the trade union movement will get behind this Bill and help to deliver justice for families bereaved by deaths at work”.