The illegal and anti-social behaviour on motorised off-road vehicles, such as quad bikes, continues to blight our local communities and the public rightly want to see as much effort as possible from everyone in tackling this nuisance. END_OF_DOCUMENT_TOKEN_TO_BE_REPLACED

I support the work of Police Scotland and the Procurator Fiscal Service in tackling this crime . People must have confidence in coming forward and reporting domestic abuse and they must feel they have the full support of the authorities in Scotland.

Domestic Abuse is a violent and psychological crime that can devastate lives. We should be doing all that we can to tackle this abuse in Scotland.

Today I have called for answers from the Scottish Government over the threat of local police station closures. This follows news that Police Scotland are reviewing the future of 58 local stations, including a number of stations in their East division which covers my region of Mid Scotland and Fife.

Under the SNP, Police Scotland faces a £27 million revenue budget overspend. The overspend is forcing Police Scotland’s hand and the potential closure of local stations is just the next step for a force desperately trying to make ends meet.

SNP ministers can no longer bury their head in the sand and claim that this will not have an impact on local policing. Amongst the stations reported to be under-threat are Anstruther, Bannockburn, Bridge of Allan and Tullibody.

The details where revealed following a freedom of information request after it was announced that Police Scotland intend to reduce ‘floor space’ by up to 25% through an estate strategy review. END_OF_DOCUMENT_TOKEN_TO_BE_REPLACED

Following the release of recorded crime statistics this week I asked a question during First Minister’s Questions on the worrying increase in sexual crimes.

According to the statistics, sexual crime has seen a year on year increase since 2008 and there are concerns that we are seeing more sexual crimes involving young people.

That is why I asked the First Minister if she will back Rape Crisis Scotland’s call for support for their prevention approach in schools.

END_OF_DOCUMENT_TOKEN_TO_BE_REPLACED

According to a Fife whistleblower morale amongst the force is “dreadful” and the number of officers able to respond to concerns had been “decimated”.

Police Scotland have admitted that their budget is “challenging”. This follows a summer of concerning newspaper stories regarding the impact the budget is having on resources and local policing

END_OF_DOCUMENT_TOKEN_TO_BE_REPLACED 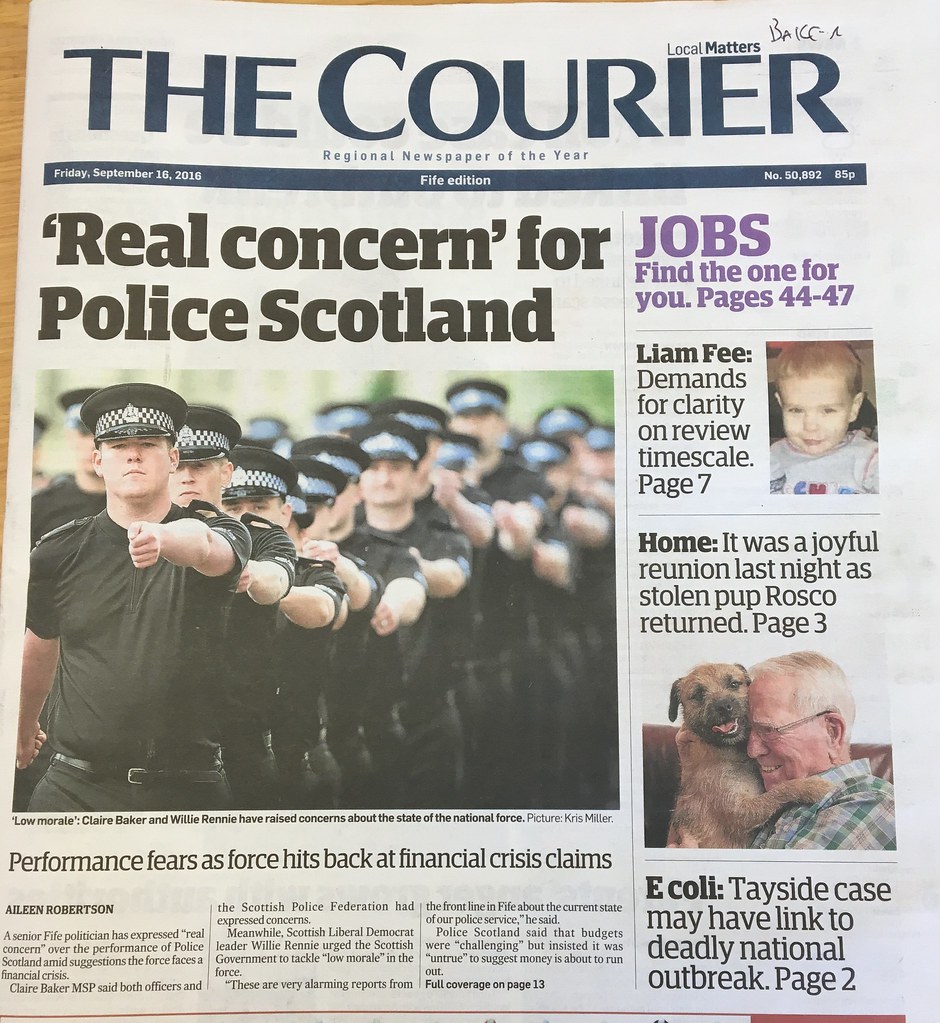 Concerns have also been raised that the force came close to not being able to pay wages on time. This has been denied by the Scottish Police Authority, the Scottish Government and Police Scotland, although the latter did admit that managing their budgets was “challenging”. END_OF_DOCUMENT_TOKEN_TO_BE_REPLACED

Yesterday I spoke during the Scottish Government’s Programme for Government debate.

I raised concerns around local policing and Police Scotland’s budget, the use of tasers within British Transport Police and the Scottish Government’s planes to merge BTP with Police Scotland.

I also raised the plans for a domestic abuse bill and the need for such legislation following the publication of statistics around Clare’s Law. END_OF_DOCUMENT_TOKEN_TO_BE_REPLACED

Today it has been revealed that almost a 1,000 Scots have applied to find out if their partner has an abusive past.

Clare’s Law saw 926 applications under the Disclosure Scheme for Domestic Abuse. 391 of these resulted in the applicant receiving information about a potentially dangerous partner.

Whilst these figures show the success of Clare’s Law they also show the scale of the problem.

That almost a thousand women felt the need to check their partner’s history – and 42% received information about a potentially dangerous partner – indicates that much more has to be done to tackle domestic abuse in Scotland.

That is why Scottish Labour is calling for the introduction of domestic abuse courts within Scotland’s courts to ensure these serious crimes are dealt with as a priority. 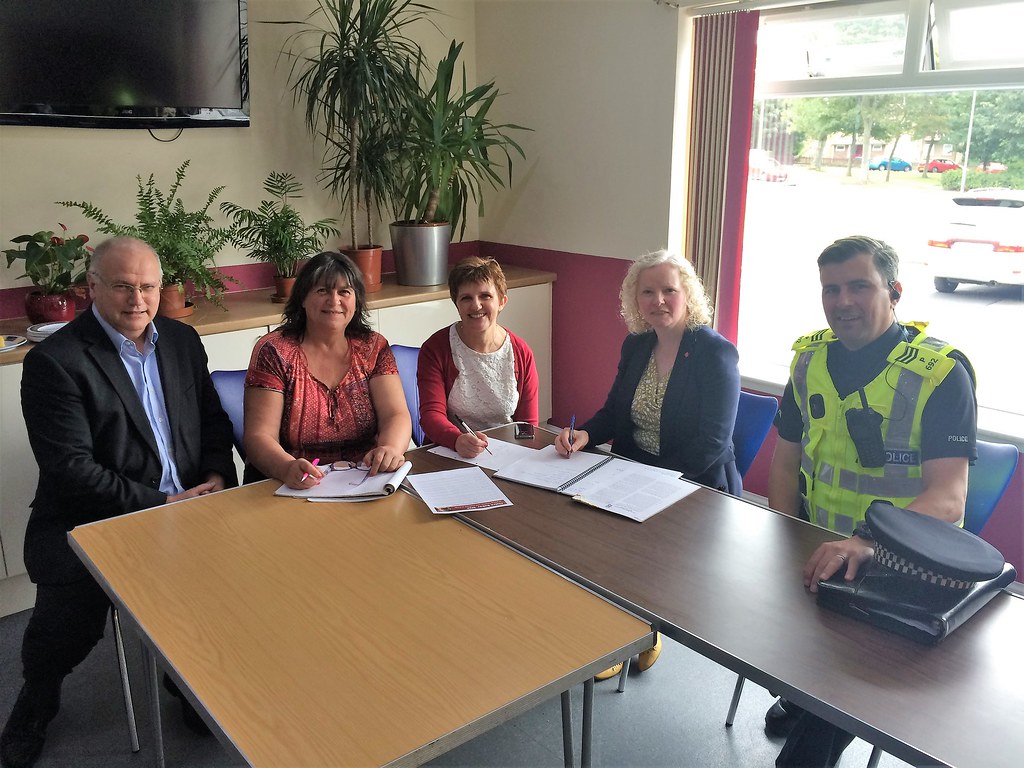 Locals are rightly concerned for their safety. These vehicles are being used in parks and pathways causing huge danger to children, residents and dog walkers. Many fear it is only a matter of time before a serious injury takes place. END_OF_DOCUMENT_TOKEN_TO_BE_REPLACED

Today the Scottish Government released statistics that show the number of police officers in Scotland are at their lowest level since 2010.

We know that Police Scotland is facing significant pressures on its budget and that many will be concerned that today’s statistics could be an early indication of what is to come.

The public must have confidence in both the Government and Police Scotland to keep our streets and communities safe.

That is why in the coming weeks I will be meeting with representatives from the police to discuss today’s statistics and other issues.